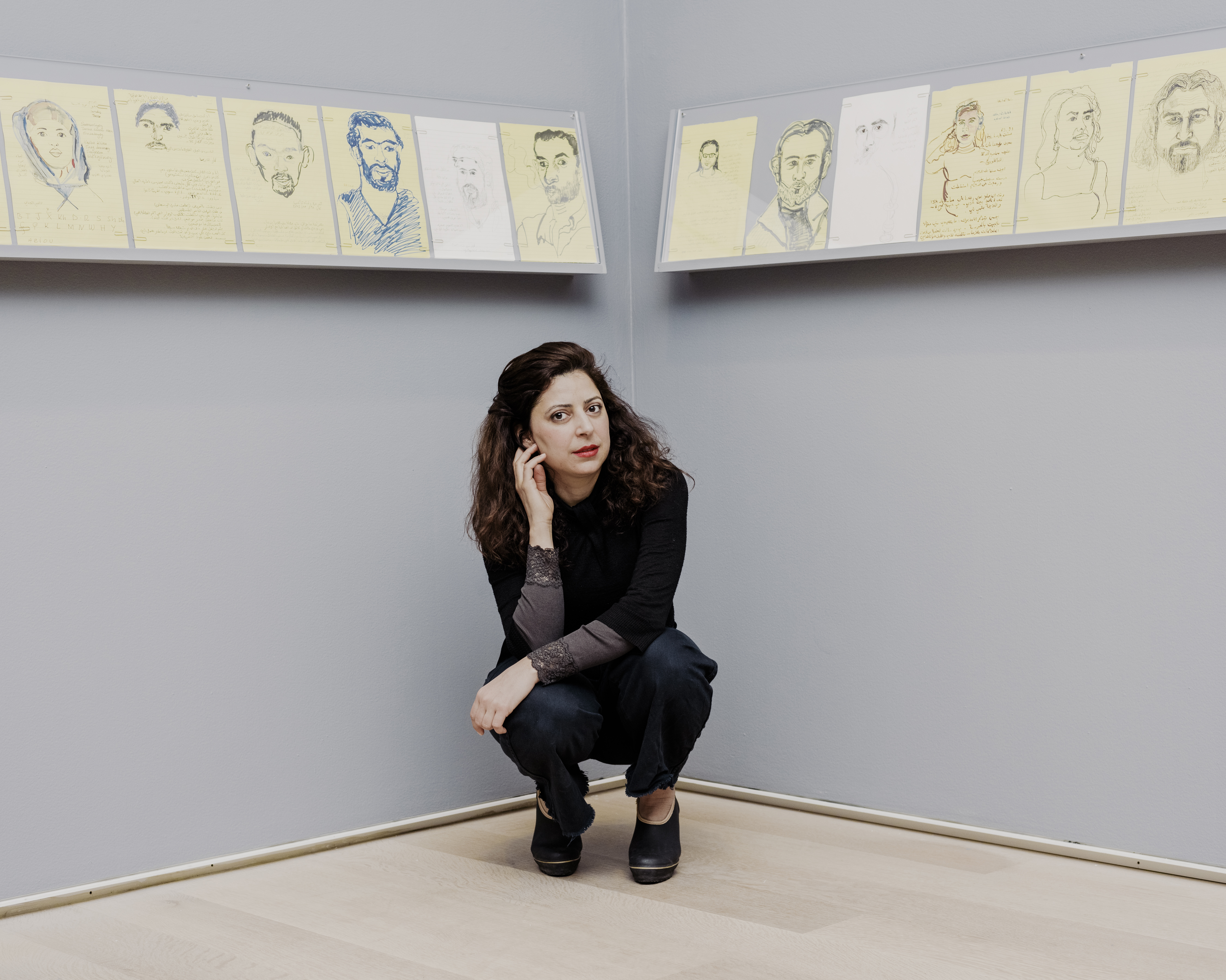 Mounira Al Solh is a visual artist with a practice embracing inter alia video and video installations, drawing and painting, embroidery and collective embroidery, performative gestures and secretive publishing, and she initiates her collaborative and ongoing NOA (Not Only Arabic) magazine.

Thus Al Solh’s work is about past and current wars in the Middle-East (specially Lebanon and Syria), the various and schizophrenic positions of women in the Arab world, story-telling and micro-history, social engagement in times of disasters, biographies versus writing history to oppose imposed amnesia, escaping the political as a survival strategy, language vis-a`vis immigrants, language vis-a`vis locals.

Al Solh studied painting at the Lebanese University (Beirut) from 1998 to 2001, and Fine Arts at the Gerrit Rietveld Academy (Amsterdam) from 2003 to 2006. She was than Research Resident at the Rijksakademie (Amsterdam) in 2007 and 2008.

Her work has been shown internationally, in group shows such as at Centre Carré D’art in Nîmes in 2018, Documenta 14 in Athens and Kassel in 2017, the Venice Biennale in 2007 and in 2015, the New Museum in NY in 2012 and in 2016, Haus Der Kunst in Munich, Ashkal Alwan in Beirut, Abraaj Art Prize in Dubai, the Istanbul Biennale in 2009 among other places.

Most recently she has had solo representations at the Art Institute in Chicago, at Mathaf in Qatar, Jameel Art in Dubai, Sfeir-Semler Gallery in Beirut, and Kunst-Werke Institute for Contemporary Art in Berlin.

Al Solh is the recipient of art prizes and nominations, such as the Uriot Prize at the Rijksakademie, the International Festival Jury’s VideoBrazil prize, and the Abraaj Art Prize nomination.

In 2018 and 2019, Al Solh is teaching as a visiting tutor at the St Joost Masters program in the Netherlands.