The FILM AND MOTION PICTURE CLASS looks for a contemporary artistic production in the area of film. This examination focuses on the students' autonomous projects. Teaching and learning are dialogue-based, supporting students, in particular, in their development into film makers or film artists and less into classical film and television directors.

Based on these assumptions, teaching in the FILM AND MOTION PICTURE CLASS refers to particular traditions in the feature, documentary and experimental film area which analyze how our world is experienced, perceived, understood, deliberated and dreamt about. With regard to the student film creation, explicit support is provided for an aesthetic resistance that is fuelled by critical reflection on the complex and often contradictory social, historical, political or even fantastic realities and does not merely limit the relevance of media work to the film or art market but, rather, would like it to be understood as relevant to society as a whole. In this process, film experimentation and film craft should be placed under productive tension and used, in equal measure, to find (invent) a fresh authorial position and to slough off dull  convention. It is self-evident that it is not, for example, possible to focus on an individual technology here; rather, the entire range of analogical and digital film production needs to be covered.

Projects in the FILM AND MOTION PICTURE CLASS are implemented in the most diverse film genres and formats (or hybrid forms of these formats): documentary  / essay film / short feature film / experimental film / music video / film margins (expanded cinema) and, in terms of evaluation, do not target only cinema halls, film festivals and TV broadcasters, but also exhibitions, installations and online media as well as any formats yet to be found.

In addition to the regular teaching programme comprising seminars, lectures, class plenaries and individual discussions, internationally renowned film-makers are invited to workshops. Collaborations with classes working in related areas as well as degree programmes at other art colleges abroad and field trips to them and to film festivals, symposia, exhibitions and other events make for good international networking. Collaboration with the Kassel Filmladen, the Kassel Documentary and Video Festival as well as other degree programmes and institutions promotes engagement at a local level, which points beyond the Kunsthochschule itself at a very early stage in the study programme. 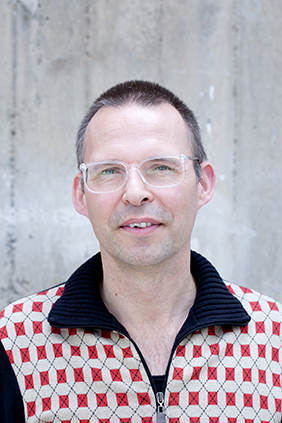 Professorship for Film and the Moving Image
mehr…