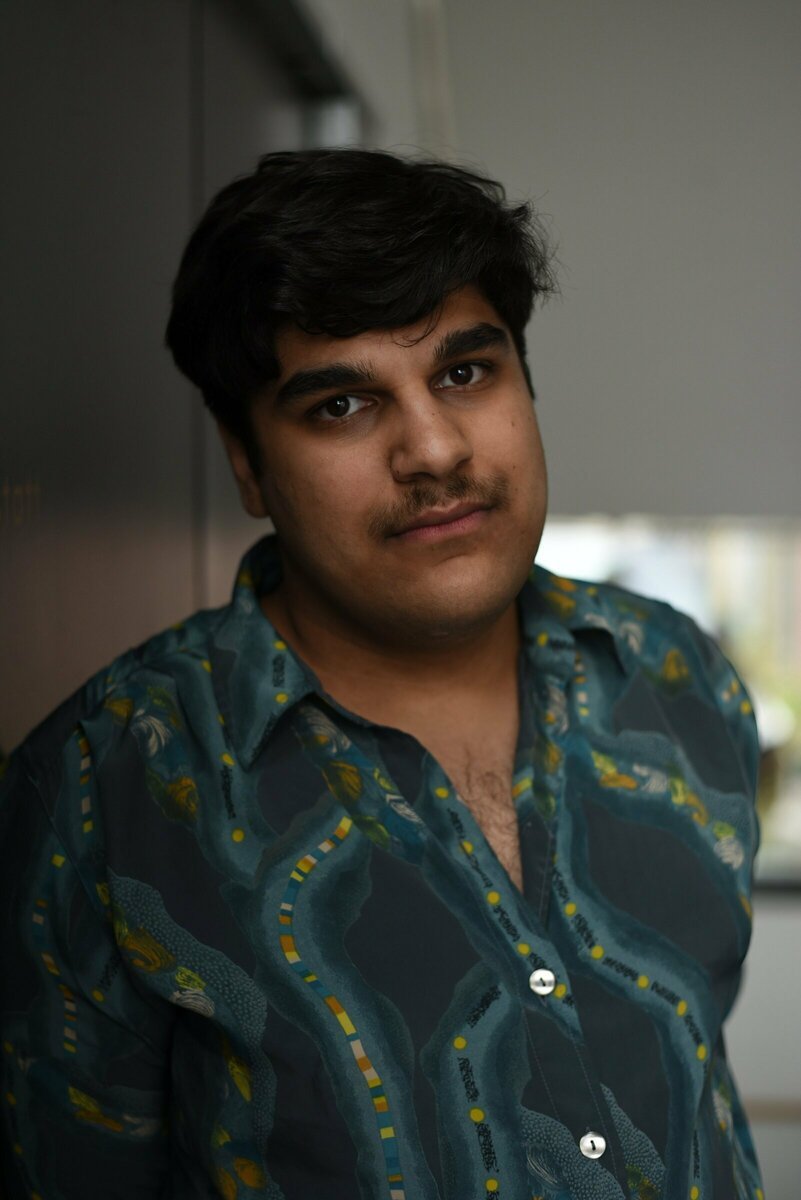 Julian Mahid Carly studied theater direction at the Academy of Performing Arts in Ludwigsburg and works as an independent theater director, writer, and performer. He is also part of the Kassel association Studio Lev, which explores new formats of socio-culture and artistic collaboration with children, teenagers, and young adults.

His working stations include Schauspiel Stuttgart, Volkstheater München, Junge Nationaltheater Mannheim, Literaturmuseum Marbach, and the Kulturweit program of the German Commission for Unesco. His documentary film Weißabgleich was shown at numerous festivals and was awarded Best Film at the Bundesfestival Junger Film in Rostock. He won the Osnabrück Dramatists Prize in 2019 for his texts and in 2022 the Wortmeldungen Prize.

In his practice, he uses pop culture, biographies, and the constant human urge to be seen as the source material for postcolonial and queer narratives, immersions, and boundary crossings, with no fear of being trashy and flamboyant.